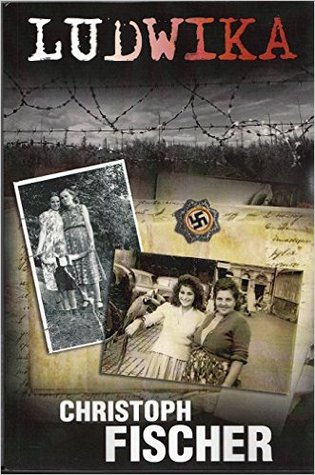 It’s World War II and Ludwika Gierz, a young Polish woman, is forced to leave her family and go to Nazi Germany to work for an SS officer. There, she must walk a tightrope, learning to live as a second-class citizen in a world where one wrong word could spell disaster and every day could be her last. Based on real events, this is a story of hope amid despair, of love amid loss . . . ultimately, it’s one woman’s story of survival.
Editorial Review:

“This is the best kind of fiction—it’s based on the real life. Ludwika’s story highlights the magnitude of human suffering caused by WWII, transcending multiple generations and many nations.

WWII left no one unscarred, and Ludwika’s life illustrates this tragic fact. But she also reminds us how bright the human spirit can shine when darkness falls in that unrelenting way it does during wartime.

This book was a rollercoaster ride of action and emotion, skilfully told by Mr. Fischer, who brought something fresh and new to a topic about which thousands of stories have already been told.”

Ludwika was a fascinating story of a Polish woman’s journey from her home on a farm in rural Poland to various places in Germany. It is based on a real person and includes many well researched details about her life.

I did not know that much about the plight of the Polish people when Germany invaded Poland in October 1939. It was quite an eye opener for me to discover how difficult it was for the Poles during the war. Previous WWII literature I have read has largely either been factual in its nature or focused on the horrors experienced by Jewish people.

Right from the beginning of the book, Ludwika shows herself to be a woman of innovation and resilience. She is the one whom her father has left in charge of his farm, her mother and her sibling, when he left to help defend Poland against the German army.

It is also quickly apparent that Ludwika is a woman of unusual beauty and who quickly attracts the interest of men. Soon after the arrival of the German soldiers, Ludwika catches the eye of Manfred, an SS officer. His interest results in a measure of protection for Ludwika’s family and in order to maintain this protection, and do what she believes to be in the best interests of her family, Ludwika agrees to move to Hamburg as Manfred’s housekeeper. This moves requires that she leave her young daughter, Irena, behind her. I thought Ludwika’s anguish at leaving her family and emotion turmoil as to what would be best for them all was very well expressed.

Ludwika is very popular with children and they learn to love her quickly. During her journey to Hamburg she meets up with a young and wealthy German woman with four children. Ludwika helps to keep the children occupied during the train journey and befriends the mother, who has strong Nazi ties. This relationship changes the course of her life.

As things deteriorate in Germany as the war progresses and the lives of Poles and other foreigners become much difficult and precarious, Ludwika finds her situation in Germany becoming more and more difficult.

There are a number of love interests and relationships in the book which make the reader all the more aware of Ludwika’s desperate and vulnerable position. Despite its themes, I found Ludwika to be a positive reading experience which emphasized how, despite difficult circumstances outside of her control, Ludwika’s hard working and resilient nature and kind and generous spirit prevail and help to open doors for her that would otherwise have been closed.

I rated Ludwika five out of five stars.

#Wings&Fire #horroranthology Available on Amazon
I call this one The Incredible Darkness of Zoom or How Zoom Creates Monsters #workingfromhome
Part 2 of the new art project. Are you seeing the theme yet?
New art project. I built the chair from kitkats