Today, I have the pleasure of welcoming Christy Birmingham to Robbie’s Inspiration. Christy is a prolific blogger and shares articles and posts that are packed with advice on how to approach difficult circumstances in your life, ideas on childcare and coping with working and parenting and many other fascinating topics. You can find and follow Christy’s blog here: https://whenwomeninspire.com/

Thank you Christy, for participating in my Poetry Readathon and telling us about your most meaningful poem and how you came to write it. 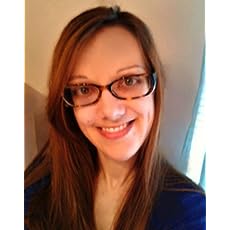 Dear Robbie, thank you for inviting me to be a part of the Poetry Readathon Series, which was so successful last year. I have no doubt it will have similar acclaim this year.

The poem I select for inclusion is “The Night We Entered the Earth” from my second book “Versions of the Self.” This poem has taken on a new significance for me from when I first published it.

When I first wrote the lines, I was still dealing with the after effects of an unhealthy relationship and was discovering myself again. The poem is a part of a collection that is about exploring relationships with oneself and others, including romantic, family, and spiritual.

When I wrote “The Night We Entered the Earth,” I was getting to know myself better and thinking of what it would feel like to be in a heartfelt relationship one day. At the time, I was not in a space where a serious relationship was one that I wanted to be in or was emotionally equipped to be in either.

While the poem is one of fantasy at first glance, given the images of “beds of soil” and exploring beneath the ground, its true meaning is of loving and being understood at one’s core. When I look back to when I wrote it, I ached for that type of love but was by no means in a position mentally to give or receive such affection.

When I read that same poem from “Versions of the Self” again now, I am struck by the support and love that surrounds me. Today I am married to an endlessly caring man who encourages my writing career, makes me laugh, and gives me hugs whenever I need or ask for them.

He meets me every day at the “core of my Earth” and I am at his core too. What this statement means to me is that our love runs at a deep level and we understand one another. That is not to say that we don’t have tough days or difficult conversations but instead that we are respectful and have confidence that we will get through what comes our way together.

And as I dream of creamy brie, I know he is eating the food alongside me.

The Night We Entered the Earth, from Versions of the Self

I had a dream that we entered an

Inner layer of the Earth.

We slept in beds of soil that were

Lined with comfort and

I believe there were hopeful tomatoes.

I believe we were hopeful spirits.

I dreamt that my knapsack filled with

Creamy brie and buckets of water that

Somehow never spilled, even when

The Earth shook its fists at our arrival.

You fed me the savory cheese,

From fingers you lined with compassion,

Rather than guilt, and

It was there, at that moment, I realized

We are at the core of my Earth and

We are all I need to be happy.

Christy Birmingham is a freelance writer in Victoria, BC, who has a BA in Psychology and has taken professional writing courses at the University of Victoria. She is the author of Pathways to Illumination (Redmund Productions, 2013), her first poetry book. Her work also appears in the Poetry Institute of Canada’s From the Cerulean Sea: An Anthology of Verse (2013) and the literary journals The Claremont Review and Tipton Poetry Journal.

Versions of the self

Imagine a shift to the way you see the world that arises through poetic narration.

Imagine the world, at its base level, is a collection of selves. These selves collide, disperse, intermingle, and share themselves in lines of free verse. Such is the premise of Versions of the Self, poetry that assumes multiple types of selves exist and relate in ways that alter them. Each of the eight chapters looks at a different type of self, including the singular “I” and romantic interactions. These unique 80 poems definitely color themselves outside of the lines.

Versions of the self is quite an extraordinary book of poetry. The poet, Christy Birmingham, has a very unique style of writing which I found very intriguing. I also thought this style worked exceptionally well for the content of this book which is all about different versions of self. It imitates the flow of thought but in an easy to read and fascinating way.

I felt I would like to get to know the poet as I read her poems. While she does write about a mixture of various emotions, there is a thread of sadness or melancholy that runs through many of them and I felt that the writer had suffered pain in her past relationships. The poems become lighter and happier as you move through the book and I found myself hoping that this is a reflection of Christy’s life.

These are a few of the verses I found the most compelling in this beautiful book:

“You direct me forward but

I want to go back,

Back to when we were wrapped in

Clean sheets, before the

Lies melted on your tongue.”

From Lack of Direction

“You were once a masterpiece

Now, your colors run down the fabric of

Shades of yellow and orange that have

As the price of fine art rises with inflation.”

From You, Colors, and Realization

“You came to see me at a pillow rich with creativity,

Where I had hope beyond reason for tugging at my heartstrings.

You know exactly which strings to play on your

keys to keep me smiling.

Purchase Versions of the Self