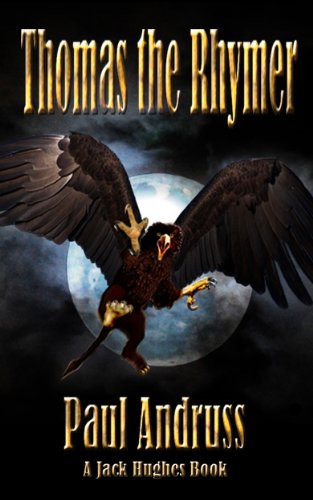 When Fairy Queen Sylvie snatches his brother, schoolboy Jack is plunged into a sinister fantasy world of illusion and deception – the realm of telepathic fairies ruled by spoilt, arrogant fairy queens.

Haunted by nightmares about his brother and pursued by a mysterious tramp (only seen by Jack and his friends) Jack fears he too will be stolen away.

The tramp is Thomas the Rhymer, who only speaks in rhyme. Lost and frightened Thomas needs Jack’s help to find his way home.

The race is on for Jack and his friends to save Thomas from the wicked Agnes Day (who wants to treat Thomas like a lab rat). And save Jack’s brother from Sylvie.
To do this they need the help of Bess – the most ancient powerful fairy queen in the land.
But there is a problem…
No one knows where Bess is… or even if she is still lives.
And even if they find her… will she let them go?

Just about the worst thing that can happen to any family is the disappearance of a child. This is exactly what happens in Jack’s family and, worse still, Jack is a witness to his older brother’s sudden and troubling disappearance.

The facts of the disappearance are very peculiar and, subsequent to his disappearance, Jack receives strange telephone calls from his brother, Dan, on his cell phone. When he answers, Dan says nothing and the line goes dead. Jack finds himself unable to tell anyone about what his saw that day, as soon as he tries he starts to choke and can’t utter a word. Then a strange tramp appears who speaks only in rhymes. The tramp, whom only Jack can see, seems to be able to pass through walls and disappear at will. All of this is against a background of stress at home due to Jack’s mother suffering from a chronic illness.

Jack finds himself embroiled in the magical kingdom of the fairies and soon discovers that their failing world is tinged with evil. Jack and his friends experience an array of mystical and strange happenings including travelling by fairy ley lines and disappearing into a living tapestry.

Author Paul Andruss has an expert knowledge of mythical creatures and the world of the fairies which he shares with the reader using the most beautiful and expressive language. He pulls you into this fairy world, which exists in parallel to our own and which is fraught with difficulties due to human technology and progress. This book also shares valuable lessons about everything not being as it appears to be and the value of strong friendships.

Who is the strange tramp and what does he want from Jack? Can he help Jack to find his brother and bring him back before it is too late?

A few beautiful quotes from this book are as follows:

“Beautiful,” she signed, mesmerized by the shifting hues washing over the weave like skeins of mist.”

“The tramp was back on Mr Gibson’s wall. All he could think about was the poem. Yesterday upon the stair, I met a man who wasn’t there… He wasn’t there again today… I wish that man would GO AWAY!”

This book is suitable for readers aged from 11 years and older. Adult readers will also appreciate the delightful prose, beautiful imagery and clever story line.

Sally Cronin rated this book five out of five stars and said:

“I received a copy of Thomas the Rhymer from the author in exchange for an honest review.

After 60 odd years of reading it is easy to get into bad habits. By this I mean sticking to the tried and tested with regard to genres and authors. This is not healthy when you are a writer yourself, as I have discovered when reading Thomas the Rhymer by Paul Andruss.

I read Harry Potter and the Philosopher’s Stone by J.K Rowling when it was released. Whilst I enjoyed it as a children’s story, I really did not find myself engaged or inspired to read the other seven books or watch the movies. I felt excluded from the millions who did and usually keep my silence in the face of fans.

However, Thomas the Rhymer had me hooked from page one and continued to keep me engaged the entire 319 pages.

This is an ensemble piece with a cast of characters that would be happy in starring roles in Alice in Wonderland or any Hans Christian Anderson fairy tale. Jack Hughes, Ken, Catherine and the delightful Rosie, along with Thomas with his foot in this world and that of the Fairies; draw you into their inner circle and hold you fast.”

You can purchase Thomas the Rhymer through Paul Andruss’ site here: http://www.jackhughesbooks.com/amazon-links.php

Or on Amazon here:

63 thoughts on “#Bookreview – Thomas the Rhymer by Paul Andruss”