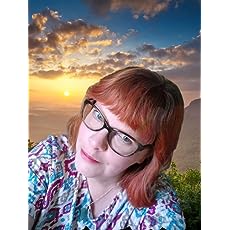 Teagan Geneviene has a fabulous and fun blog, Teagan’s Books, where she shares interesting posts including her innovative “three things” stories in a serial format. Teagan is visiting me today to share a bit about her latest non-fiction book, Speak Flapper – Slang of the 1920s, and the three other books in her “Three Things” stories about flapper, Pip, and her friends.

Hi Robbie. Thanks so much for letting me visit your blog.

Many of your stories are written in the “pantser” way, Teagan. Could you tell my readers about that?

I’d love to, Robbie. A Ghost in the Kitchen – Three Ingredients 2 originally appeared on my blog, Teagan’s Books. As with the first two serials, The Three Things Serial Story, and Murder at the Bijou ― Three Ingredients 1, it was a spontaneously written, “by the seat of your pants” ( or pantser) tale.

Everything in it — characters, setting, plot, was driven by random things left by readers of the blog, episode by episode. However, this time the things were “ingredients.” Readers also gave me an unexpected challenge when many of them requested a particular event happen in the story. I won’t say what because that would be a spoiler. It was quite a challenge, but a fun one!

Teagan, I know you are a diligent researcher, but with such a strong supernatural element in this book, does it have much history?

It actually does, Robbie. Two of the ghosts were inspired by real-world people in history. However, their time was long before the Roaring Twenties! One of those is the pos-i-lutely potent poltergeist of the title, Maestro Martino. His real-life counterpart was Martino de Rossi (or Martino of Como, or Martino de Rubeis, called Maestro Martino). That Maestro was an Italian culinary expert of the 15th century. He was also the Western world’s first celebrity chef.

During the real Maestro’s career, he was the chef at the Roman palazzo of the papal chamberlain, the Patriarch of Aquileia. That fact led me to the fantasy idea of my ghost’s curse. It also brought another ghost to the story, inspired by the pope of Martino de Rossi’s time. Although there is not a religious element in this book.

Your research wasn’t limited to the ghosts.

That’s right. My other research included what roads and transportation would have been available in the 1920s from Savannah, Georgia to Tybee Island where a good part of the story happens. Additionally, in various stories of the “Pip-verse” I’ve investigated what public buildings existed in the Savannah area, as well as their architecture.

You have another new release about the Roaring Twenties too. How does it relate to A Ghost in the Kitchen? Is it a companion volume to Pip’s stories?

Yes and no. (Smiles) I just released a dictionary of 1920s slang, Speak Flapper – Slang of the 1920s. I don’t think of it as a true companion document, because I use slang so judiciously in my books. When I use slang, I try to put it in clear context – so that you don’t need to run to a dictionary to “get it.” However, I had been collecting the 1920s slang for six years, and wanted to share it as a book. It really is fun to speak flapper.

Teagan, you’re a new member of the Rave Reviews Book Club, #RRBC_Community. I’m also a member and looking forward to your participation there.

Yes, Robbie, I took the plunge! I can’t be as prolific of a reviewer as you, but I look forward to doing a few reviews this year. I’ll probably do quarterly book review posts at https://teagansbooks.com/.

Thanks again for hosting me, Robbie. You’re the cat’s pajamas!

It has been wonderful to have you over, Teagan, and learn more about your writing process for these lovely books.

I have recently read A Ghost in the Kitchen and thoroughly enjoyed it.

A Ghost in the Kitchen, Three Ingredients-2 continues the flapper adventures of Paisley Idelle Peabody, aka Pip. It’s a 1920s “pantser” story and a culinary mystery. This time Pip’s pal Andy (from The Three Things Serial Story) returns. Granny Phanny is there too. She’s still trying to teach Pip to cook. Granny is in a lather because of the supernatural goings-on in her kitchen. There’s also one pos-i-lutely potent poltergeist! New adventures abound as Pip and Andy unravel an old mystery. It’s all spontaneously driven by “ingredients” sent by readers of the blog, Teagan’s Books. Jump into the jalopy and enjoy the ride. There’s no telling where we’ll go, but it will be the cat’s pajamas!

I really enjoyed this latest tale about Pip, her Grandmother and some new friends, as well as a few ghostly presences. Pip, a spirited and excitable flapper, is still living with her Granny and learning how to cook. She has also discovered that she has inherited her grandmother’s ability to see ghosts and spirits and has encountered a ghost called Daisy, the dainty dish, who cannot remember the circumstances of her death and desperately wants Pip’s help to discover what happened to her. Pip, being the kind and helpful girl she is, has agreed to help her.

Andy and Pip are sitting in the kitchen, about to enjoy a delicious meal cooked by Granny, when Andy opens a bottle of old wine that they found in a crate, and out pops a ghost, a bit like genie from a bottle. The spirit introduces himself as Maestro Martino, a chef. Pip shares Daisy’s story with the Maestro and he becomes embroiled in the investigation to uncover the details of her death.

As with all of Ms Geneviene’s book, this story is full of vivid characters including a parrot and a group of ghostly cowboy riders, who have their own curse to content with. The action comes fast and furious with Maestro developing a boyish crush on Granny and, being a powerful poltergeist, intervening to help Pip and bail her out of trouble in the nick of time on more than one occasion. The cowboy ghosts and Daisy herself keep popping in and causing all sorts of trouble with Andy and Pip’s investigation, but, in the end the truth must out, and the mystery starts to unravel with some surprising outcomes.

This is an entertaining, short and sharp read, that had mean glued to my kindle and giggling at all the crazy antics of the characters and ghosts.

Purchase A Ghost in the Kitchen

You can find all of Teagan’s lovely books here: Teagan Geneviene Amazon page

About RRBC and an invitation

I’d like to invite you to visit the ALL-NEW RAVE REVIEWS BOOK CLUB at our new location > RaveReviewsBookClub.wordpress.com.

-If you are an author looking for amazing support, #RRBC is the place for you!

-If you are looking to grow as a writer, #RRBC is the place for you!

-If you are looking for a community where your peers push for your success just as hard as they push for their own, #RRBC is the place for you!

When visiting, we ask that you #follow our site so that you’re kept up-to-date with all the awesome news that we’ll be sharing in 2020.

If you like what you see after looking around the site, then please, JOIN US!  We’d love to have you!