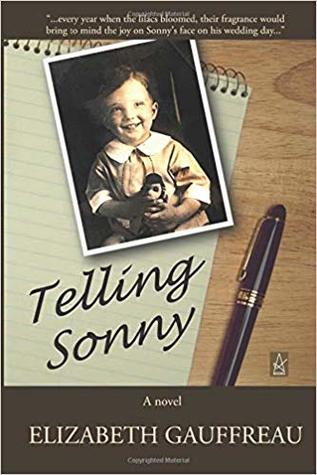 Forty-six-year-old FABY GAUTHIER keeps an abandoned family photograph album in her bottom bureau drawer. Also abandoned is a composition book of vaudeville show reviews, which she wrote when she was nineteen and Slim White, America’s self-proclaimed Favorite Hoofer (given name, LOUIS KITTELL), decided to take her along when he played the Small Time before thinking better of it four months later and sending her back home to Vermont on the train. Two weeks before the son she had with Louis is to be married, Faby learns that Louis has been killed in a single-car accident, an apparent suicide. Her first thought is that here is one more broken promise: Louis accepted SONNY’s invitation to the wedding readily, even enthusiastically, giving every assurance that he would be there, and now he wouldn’t be coming. An even greater indignity than the broken promise is that Louis’s family did not bother to notify Faby of his death until a week after the funeral took place. She doesn’t know how she can bring herself to tell Sonny he mattered so little in his father’s life he wasn’t even asked to his funeral…

Telling Sonny is a moving and poignant book about a young girl, Abby, growing up in the rural town of Enosburg Falls in Vermont, whose dreams and aspirations are altered forever though her choice of man.

Faby is fun loving and full of idealism about the life of entertainers who participate the the vaudeville shows in the early 1920’s. It all looks so exciting and different from her own staid life with her parents and sister. She aspires to more than becoming the wife of a farmer and continuing her rural existence. When the vaudeville show visits the theatre in her small town and one of the “hoofers” Slim White shows interest in her, it completely turns her head and she ends up disregarding the advice of her sister and her sensible and conservative family upbringing. Faby shows Slim White around town and, on his last evening in town, succumbs to his sly advances, losing her virginity in the back of a borrowed car.

Faby discovers that she is “in trouble” a while later and manages to contact Slim White who, after leaving her in limbo for a few weeks, decides to marry her and settle down. Faby believes she has no choice but to marry him, thereby averting bringing shame on her family through her unfortunate pregnancy. The author’s ability to convey Faby’s doubts about her husband due to his careless and insensitive behaviour towards her and her parent’s seeming ignorance of the reasons for her shotgun wedding is amazing and I am in awe of Elizabeth Gauffreau’s beautiful writing.

Ms Gauffreau’s characterisation is incredible and the reader fears for Faby’s future life in the hands of as selfish and self centred a man as Slim White from early on in the story. Slim, whose real name is Louis, is not deliberately unkind or negligent, he just has very limited sensitivity to Faby’s needs and situation and, while he is happy to have her accompany him on his nomadic jaunts around the country in pursuit of work, he will not allow her to restrict him in any way or interfere in his lifestyle and plans.

Faby is innocent and selfless, she wants the best for her baby and hopes that she and Slim will create a family together. She cannot see that a life on the road of a small time hoofer is total unsuited to this ideal, but she really does try to make the best of things.

I found this book utterly heart wrenching in how it portrays trust and innocence betrayed and also Faby’s parents own ignorance of the ways of the world and their inability to arm their daughter with the tools she needed to protect herself in the world of adults. Maman Aurore, Faby’s grandmother, while hard on her and quite a difficult nature, is the most sensible of them all. She knows up front that this situation is unlikely to end well for Faby and tries to give her good advice to act upon when the time comes.

Sonny is the result of Faby’s impetuous behavior and grows up to be an excellent young man, despite any bumps in his own personal road. When Louis dies unexpectedly, Faby is left with the unpleasant task of letting Sonny know.