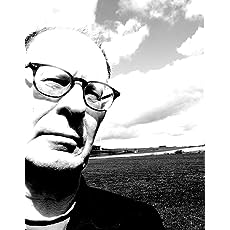 Based on the infamous Blog of the same name, this indecorous take on the Holmes and Watson stories pitch the detecting duo into Whitechapel, the Western Isles and the Village of the Damned. Adult humour throughout.

THE WATSON LETTERS is book #1 in this Victorian comedy adventure series.
If you love historical mysteries, buy something else instead, but if you’re into fart-gags and innuendo this’ll be right up your Victorian street.

I became a big fan of Colin Garrow’s The Watson Letters through his blog of the same name. I found this book to be an extremely funny take off of the solving of interesting cases by Holmes and Watson. This particular book makes references to other famous historical and literary characters like Jack the Ripper, Jane Eyre and John Wyndham’s The Midwich Cookoos. While you don’t have to have read these literary works or be knowledgable of these characters to enjoy this book, it certainly added to my entertainment that I did know them. I was able to appreciate the full spectrum of Garrow’s clever wit.

Watson is depicted as the real hero of these adventures which he painstakingly writes down in the form of letters. Watson has a incredibly passionate love affair going on with his wife, Mary, which I thought was great fun. All in, this is a humorous and enjoyable novella.

You can find Colin’s blog, The Watson Letters here: https://thewatsonletters.com/2019/03/26/a-face-at-the-window/

Colin Garrow grew up in a former mining town in Northumberland. He has worked in a plethora of professions including: taxi driver, antiques dealer, drama facilitator, theatre director and fish processor, and has occasionally masqueraded as a pirate. All Colin’s books are available as eBooks and most are also out in paperback, too. His short stories have appeared in several literary mags, including: SN Review, Flash Fiction Magazine, Word Bohemia, Every Day Fiction, The Grind, A3 Review, 1,000 Words, Inkapture and Scribble Magazine. He currently lives in a humble cottage in North East Scotland where he writes novels, stories, poems and the occasional song.