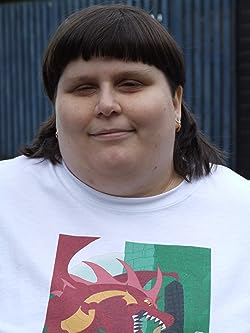 Ulrike knows all about the Winter Solstice celebrations of the giants, being one himself. But what he doesn’t know is why the humans cut down whole trees, only to take them home to decorate. Other giants tell him to forget about it, but Ulrike is curious; he needs to know why they do it. Finally, when he’s puzzled over it so much his head is sore from all the thinking, he decides that this is the year he’ll figure it out, and risks a return trip to the home of the last family he watched to look for clues, despite almost being spotted last time he was there. That’s how he meets Billy, a friendly little boy who loves stories, and is happy to tell Ulrike all about tree decorating, and Santa Claus, along with a couple of stories he knows about them. Stories which Ulrike loves, and which inspire him to add some of what Billy says are Christmas celebrations to his own this Winter, in the hopes that Santa Claus will visit him too.

I listened to the audio book version of Ulrike’s Christmas. The narrator had a lovely voice and a smooth reading style.

I have read a number of Victoria Zigler’s delightful children’s books and I must say that this is my favourite of them all to date. Ulrike’s Christmas is a lovely story about a giant who is interested in the celebrations of humans and, in particular, finds the human tradition of cutting down a tree and decorating it at a specific time of the year fascinating. Ulrike is mystified by the decorated trees and is determined to find out what their purpose is. He thinks and thinks about it but cannot find an answer until he happens upon a young boy out playing in the snow with his dog. Of course, giants are not supposed to be seen by people but Ulrike is so curious about the trees that he leaves moving away to late and the boy discovers him.

Billy is happy to share the reason for the decorated Christmas trees with Ulrike and also shares some other stories about the origins of certain Christmas traditions like the use of tinsel as one of the decorations and the giving of presents. Billy teaches Ulrike the real meaning of Christmas which is sharing kindness and love and spending time with family and friends. Ulrike learns about Saint Nicholas or Santa Clause or Father Christmas and realises that this is all one person who brings gifts to the good boys on girls on Christmas Eve. Ulrike decides that he would like to have a Christmas gift too and works out a way to encourage Saint Nicholas to pay him a visit for the first time ever.

Ulrike’s Christmas is a great choice of Christmas story for children aged 6 to 10 years old. I rated this book five out of five stars. 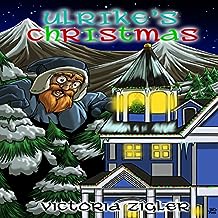