Author James Cudney is hosting a Children’s book Readathon over at his blog, This is my Truth now. This week I chose to review Number the Stars by Lois Lowry . You can read Jay’s lovely review of Winnie the Pooh here: https://thisismytruthnow.com/2018/08/17/book-review-winnie-the-pooh-by-a-a-milne/

The book discloses a lot of interesting facts about life in Coppenhagen during WWII including the food and other shortages. I learned an awful lot about the war in this small European country through reading this book such as:

There are some other fascinating historical facts included in this book that I won’t reveal as they would be spoilers.

When the Jews are warned by their Rabbi at the Jewish New Year Celebration that the Nazi’s were going to start rounding them up for deportation that night, Annemarie Johansen and Ellen Rosen are thrown into turmoil as both families act together to save the Rosen’s from deportation and smuggle them to Sweden.

This book is for children aged 8 to 12 years old and is a wonderful way to introduce this age group to the horrors of war in an appropriate way. The book is not at all graphic but it does convey the fear and tragedy that is war.

This book won the Newbery Award. 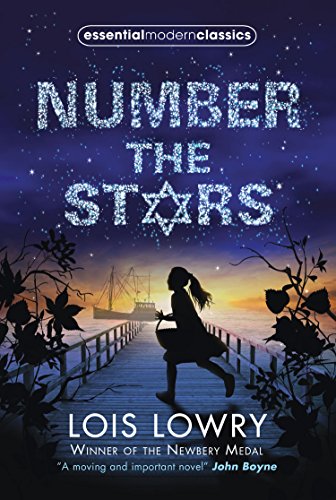