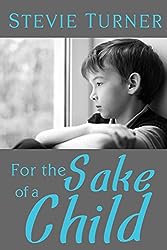 Ginny Ford is pleased to win the coveted job of housekeeper to the directors of PhizzFace Inc. However, her joy becomes tarnished by an accidental find whilst cleaning, leading her to suspect that all is not as it should be on the managerial corridor. Delving deeper, she is shocked to uncover corruption and a secret paedophile network that has remained hidden for years, involving the very people she has come to know and trust. Unable to live with her conscience any more, she decides that she cannot keep quiet and that she must find a way of helping all the children involved. However, by trying to help the children she discovers that she has unwittingly put her entire family at risk…..

I listened to the audio book of this haunting story about the dark and disturbing world of pedophilia. The narrator, Janine Haynes, had a lovely voice and her narration was well paced and enjoyable.

Ginny Ford is an ordinary and hard working woman. Her loyalties lie with her family comprising of her husband and young daughter. Ginny is a writer of children’s literature and supplements her income by working in the early hours of the morning as a cleaner at the offices of FhizzFace Inc.

When Ginny accepts a promotion, cleaning the offices of the directors of the company, she stumbles across information that involves her whole family in the sinister and desperate world of a ring of pedophiles. Ginny and her husband’s initial attempts to bring the information to the attention of the local authorities is thwarted by collusion and cover ups at high levels. The couple are faced with a situation where they have to chose between saving their family and taking a significant bribe or pursuing their attempts to incriminate the perpetrators. Their decision has far reaching consequences on the mental well being of them both, in particular, Ginny, who cannot get the harrowing scenes she has witnessed out of her mind. Ginny feels huge guilt and ultimately is led to making a different choice that puts her family at risk again.

I enjoyed this book and, while it did delve deeply into the dark side of pedophilia and the wickedness of those involved, it also highlighted the goodness of many people and their courage in tackling situations like this. It was vindicating to read about people who are willing to risk a lot to obtain their desired outcome.

I rated this book four out of five stars.

Purchase For the Sake of a Child